RIVERSIDE, CA – Today, House Committee on Veterans’ Affairs Chairman Mark Takano (D-Calif) released a majority staff report entitled, "Report on the Importance of Peer Support in Preventing Domestic Violent Extremism.” This report is based on findings from the Committee’s March 2022 investigative hearing examining key factors that place a small but growing number of veterans at risk of radicalization and recruitment by domestic violent extremist groups. 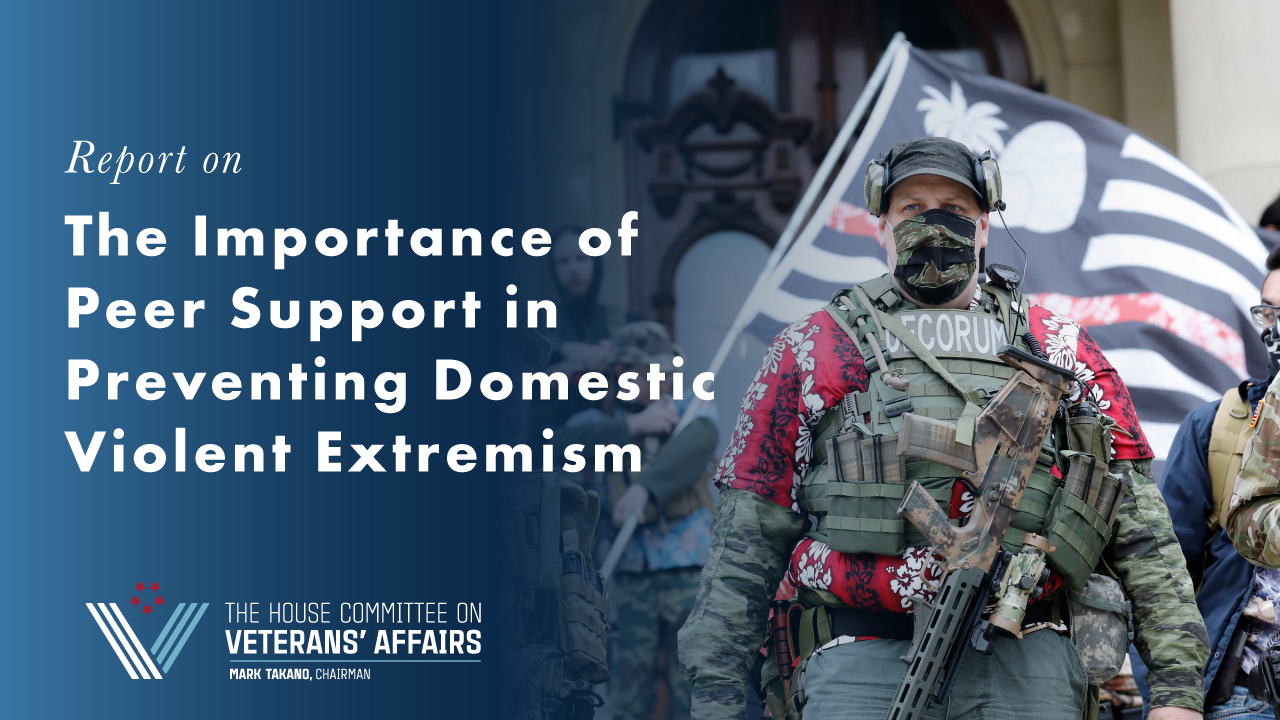 Chairman Takano recognized the thorough and detailed staff work that culminated in the final report and offered the following statement:

“This report is the result of diligent and thorough work by Committee staff to shed light on an issue that could jeopardize the strength of our democracy. As I said during this Committee’s hearing in March: ideologically motivated violence must be rejected by everyone in public office – and it must be a bipartisan concern. Acknowledging the small but growing threat of violent extremism among the veteran population does not impugn all veterans. But ignoring this phenomenon is a disservice to those who continue to support and defend the Constitution, and forsakes our ability to formulate effective solutions for countering it.”

Background: On March 31, 2022, the House Committee on Veterans’ Affairs conducted the second in a series of investigative hearings examining the growing threat of domestic violent extremism within the United States veteran community. These hearings are part of the Committee’s ongoing investigation into the targeted recruitment of veterans by extremist groups, including the Oath Keepers, Three Percenters, and Proud Boys. The first hearing, held in October of 2021, focused on who domestic violent extremist groups are, what they believe, and why they specifically target veterans to recruit into their ranks. The staff report from that hearing can be found here.